Dogs are dogs and they will all act a certain way. They will want to cuddle, to sniff, to play and to tear the whole furniture apart. It is in their nature to be adorable and cute and to make you feel frustrated as anything! Do you know what makes them even more adorable? It is when they are smaller in size that they look like puppies even when they are fully grown up. Below is a list of breeds of dogs that are considered to be smallest in the world.

As the name suggests, these lively dogs belong to Brussels, Belgium. What they lack in size, they make up for it in heart and energy. If you want to get rid of rodents, bring a Brussels Griffon home. It is bred especially to eliminate rodents. Expect these dogs to be very demanding and vocal if they feel something exciting and unordinary is happening. A Brussels Griffon weighs about 8-10lbs on average.

Chihuahuas are tiny Mexican dogs that weigh about an average of 4-6lbs. They are named after the existing Chihuahua state in Mexico. They have two types; one has short haired and the other has long haired Chihuahuas. Chihuahua happens to be one of those breeds that features the largest combination and variety of patterns and coat colors. Chihuahuas are a very intelligent, loving and curious breed that have a tendency to bond with a singular person in the family. However, this doesn’t make them a one-man dog.

Don’t let the size of the Chihuahuas fool you for; this dog can prove to be an amazing watchdog despite its tiny, adorable frame. It also likes to follow its owner around. Then can be good watchdogs even their very small in size. 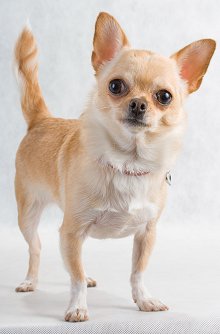 Third in the list is Japanese Chin which, as you can guess, originated in Japanese royalty. It serves as a lap dog for people who like to keep a small breed. This ball of fluff weighs about a 7-9lbs, is intelligent, has a cat-like temperament and has long, soft hair covering its soft, round body. It comes in a variety of colors:  tri-color, sable and white, lemon and white, black and white, red and white.

If Casper The Ghost was a dog, then Maltese would have been the breed used to portray it Mainly because it looks like face stuffed in a big piece of cloud (or hair? Can’t tell!) Maltese weighs between 2-8lbs and has the tiniest legs that make you question how are they holding all that weight of hair. These tiny dogs make wonderful family companions and lap dogs and their size is maintained small with selectively bred practiced over many years. Papillons are named such because of their big, beautiful butterfly ears. They are known because of this and also because of their long, silky hair.  They weigh about 8-10lbs and reach a maximum height of 11 inches. The Papillion breed is attentive, loving and also has a good temperament.

Pomeranians are fierce. They resemble tiny lions, and they sure as hell act like them. They even have complimenting personalities. They can play the part of a watchdog really well. They are highly intelligent, social and playful. A Pomeranian weighs around 4-8lbs and has been ranked as one of the most popular breeds in the USA. They are lively, active dogs that are best suited for indoors. A Pom enjoys spending time with its families. If you didn’t understand the nickname, let us introduce it to you: Pomeranians are also called as ‘poms’ and this nickname extends all over the world. Now, to talk about their coats… Poms have a long upper coat and come in a total of 23 different colors including: This tiny Russian breed looks like a toy, is most easily a toy and is named as one too.  It weighs an average of 3 to 6lbs and stands 8-10 inches tall. It is a very small, hairy breed of dog that originally was bred in Russia from another dog breed called then the English Toy Terrier and is now known as the Manchester Terrier. Its purpose was to serve as a watchdog and rodent killer. Even today, it is best for these two purposes. Russian Toy Terrier dog breed is active and cheerful. Since they were meant to be a watchdog, they can be very vocal. When they are suspicious, they can bark at the subject despite its far from intimidating appearance. They will protect their master or family like no other from any perceived danger. They don’t limit their loyalty and love on the basis of the person’s age. Russian Toy Terrier can become quite attached to their family and are usually very reserved with strangers.

Although Yorkshire Terrier originated as a hunting dog, they have now become one of the most popular companions in the USA. Many celebrities can be seen parading this dog around that weighs around 7lbs. It’s feisty, nearly pocket-sized, spontaneous, alert and friendly. It is famous for its long, silky hair and V-shaped ears. Their coat comes in two different colors; it is either steel blue or tan. Yorkie’s temperament is dependent on their training and socialization. They are not an outdoorsy. It cannot survive really harsh weather conditions. 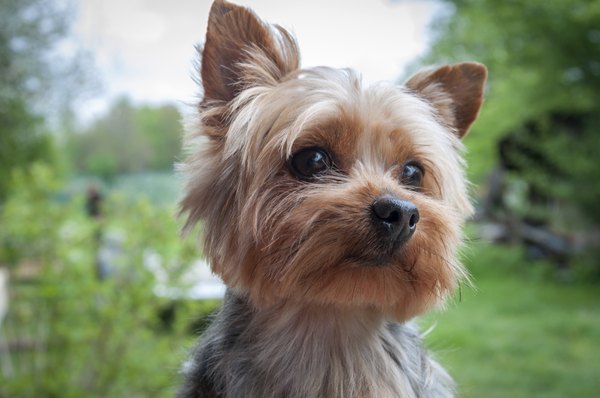 Now, on number nine we have the French bulldog. Let’s take a minute to appreciate this cute little dog with such a unique appearance. They never weigh over 12 kg have a short face, rounded chest and round bat-like ears. They resemble a lot with Pug and Bulldogs because of their muscular body and a short coat. They are intelligent, not too noisy and can learn the tricks easily if properly socialized and trained. French bulldogs are very affectionate, alert and playful too and can be the perfect match for your children. Bichon Frise is a Spanish for ‘curly lap dog’ which as you can see, Bichon Frise is. It is a small and cute, cheerful dog breed that was originated in Spain. They are also very friendly, playful and intelligent. They weigh between 5 to 10 kg with their dense coat and curly white hair. If you tie a ribbon around it, it makes for a wonderful gift.

The pug is a tiny, square-proportioned, cute looking dog with a happy temperament that you will find almost every celebrity having. You can call it the IT dog mainly because of the trend that has formed with it. Pug in Latin means fist and since it has been claimed that the face of this dog resembles a human fist, it was named as such. This breed can weigh between 6 to 9 kg. They are very good watchdogs because of their sensitivity to the tone of their master and are very devoted to their family.